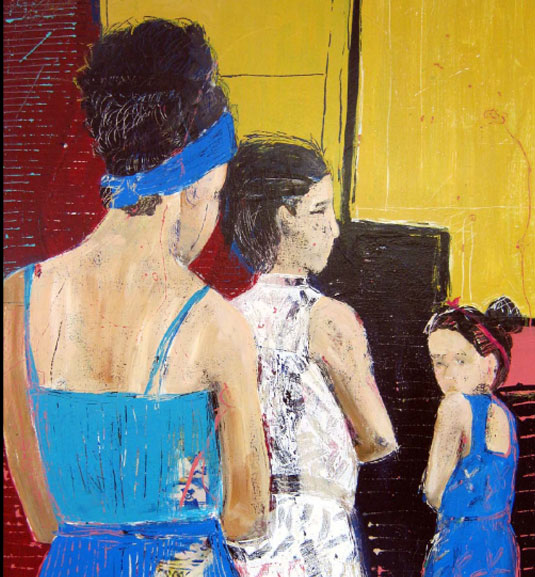 Anastasia Sarantinou was born in Bloemfontein, South Africa on 31st January 1965. She finished her Art Studies in 1986 (majoring in printmaking and specifically silk screening.

As photography was one of her favourite subjects while studying she also chose as her first job that of photographer for a local newspaper. Working for a newspaper gave her the opportunity to write as well. She thus started an art column in the local newspaper about artists in the Goldfields area where she lived.

Through her interviews with them she became very involved in the South African Arts Association and later became the chairman of the SAAA in the Goldfields region.   She moved to Cape Town in 1993 and has been working as a full time artist since then. Exhibiting both locally and overseas (mainly in Germany) and selling work to both locals and foreigners.

Although she majored in printmaking she chose to pursue painting as her main medium of expression. Having studied all the different printmaking techniques she started to apply her knowledge of different materials and the reaction they have on one another to her painting work.

Experimenting with different materials, chemicals and paints in one artwork has become the core of her work. Experimentation and art are parallel and she believes that she would stop painting if she could not experiment any longer.  She says of her work.

“I enjoy the process much more than the outcome”